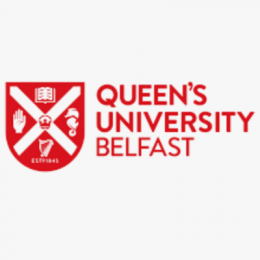 Queen’s University Belfast was founded by Queen Victoria who awarded a Royal Charter in 1845. It is the 9th oldest University in the UK.

The first intake to Queen's was just 90 students. In 1909 there were around 600 students, and today there are approximately 23,000 students from the UK and Ireland and more than 80 other countries.

At the heart of the University is the magnificent main building which was designed in 1849 by Sir Charles Lanyon. Since then, the University estate has grown to more than 300 buildings - many of them listed for their architectural importance.

Queen's is one of the leading universities in the UK and Ireland, providing world-class education underpinned by world-class research.

Belfast is a UK capital city, welcoming, easy to get around and an affordable place in which to live and study. Belfast flourishes as a global food, culture, arts and shopping destination and is filled with world-class museums and art galleries.

Surrounded by mountains, forests and stunning coastal scenery Belfast and its countryside are a popular location choice for film and tv companies. Game of Thrones and other major productions have been filmed here.

Importantly Belfast has one of the lowest cost of living in the UK. The average student only spends £16 a week on food shopping, well below the national average of £24. 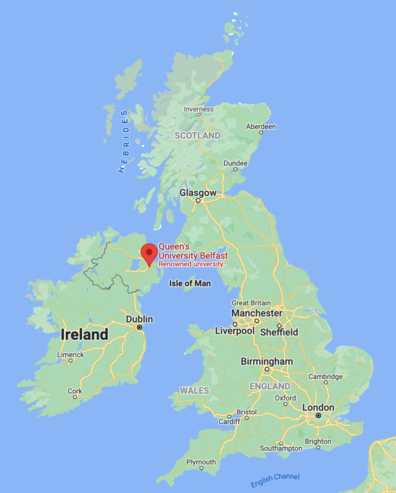 £18,200 – £26,250
This is an approximate range. Instalments may be possible. Your C2C Counsellor will advise you of the exact tuition fee for your course.

A range of scholarships are available which include: 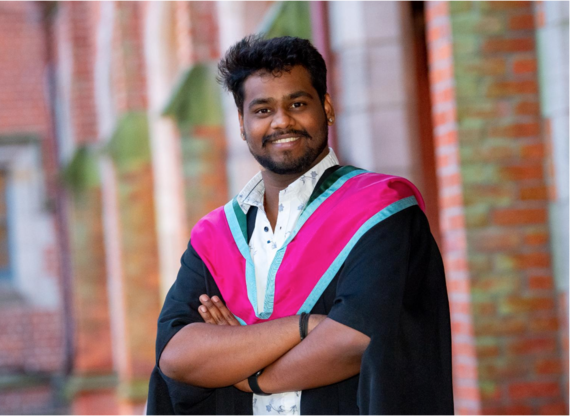 25-year-old Karthik Kumar from India. Graduating with a Master's in Electronics with Professional Internship from Queen’s.

Karthik kicked off his studies and became a course rep and a student mental health advisor. He became secretary of the Electrical Electronics Engineering and Computer Science International Students society, organising events for international students, and secured a year long placement with Sensata in Antrim.

HOW A C2C COUNSELLOR CAN HELP YOU TO STUDY AT QUEEN'S UNIVERSITY, BELFAST

Connect2Counsellors is an official representative of Queen's University, Belfast. This means that we can submit applications direct to the University and follow up with any queries. All our UK Counsellors are experienced counsellors, each has a proven track record in UK education counselling and UK student visa requirements. They are highly trained individuals having successfully placed many students with UK Universities and Colleges. Some have worked directly for UK universities so have in-depth knowledge on admission procedures and application processing.

A C2C Counsellor will assist you with all aspects of applying to study in the UK, this includes:

C2C has a 100% UK student visa success rate for the September 22 intake.